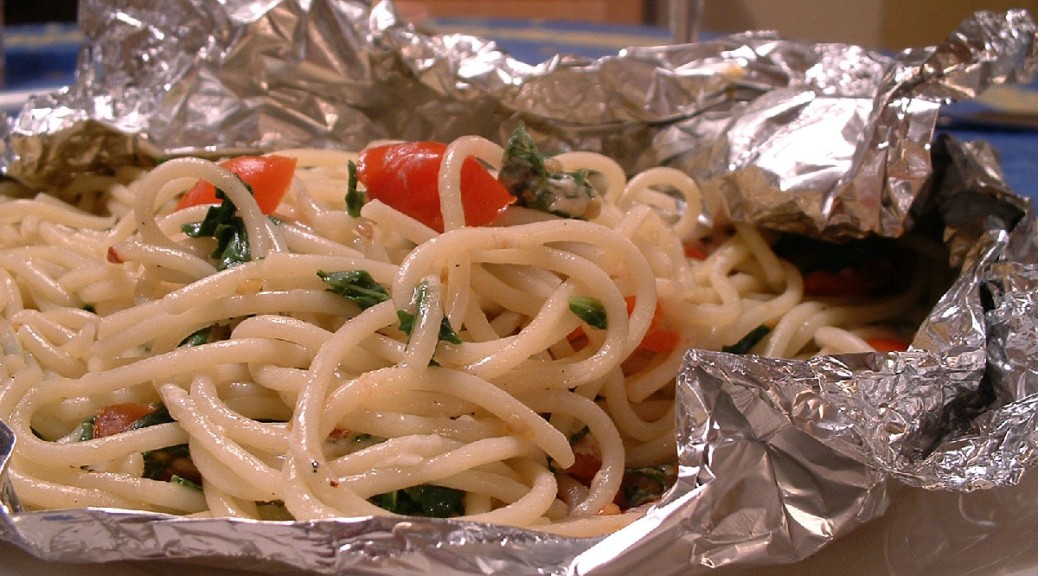 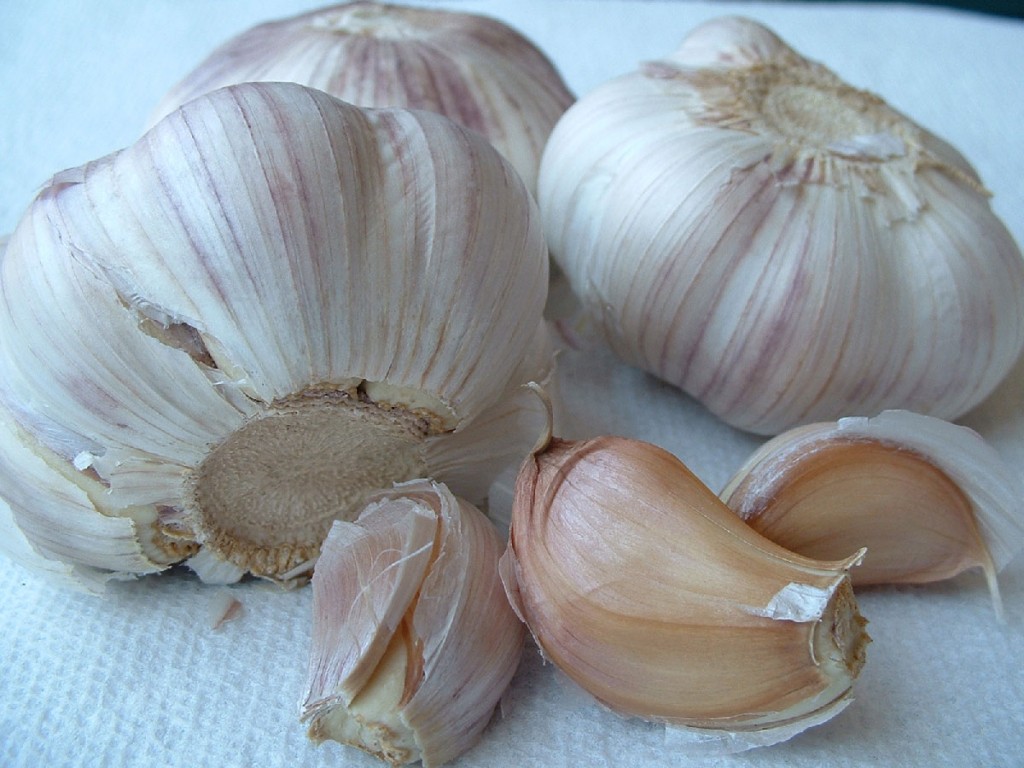 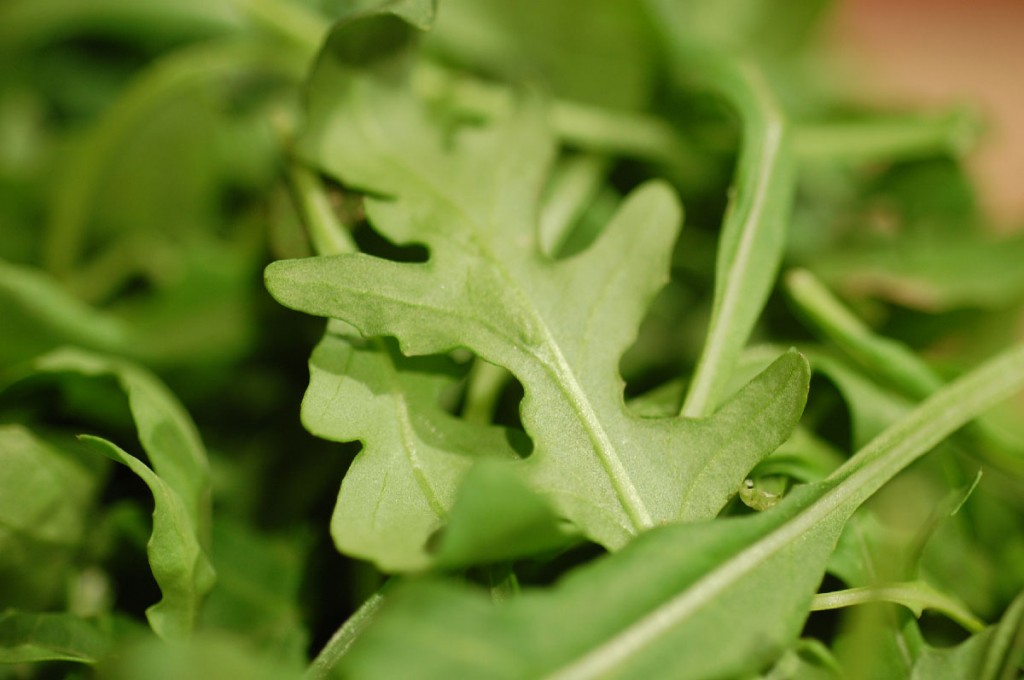 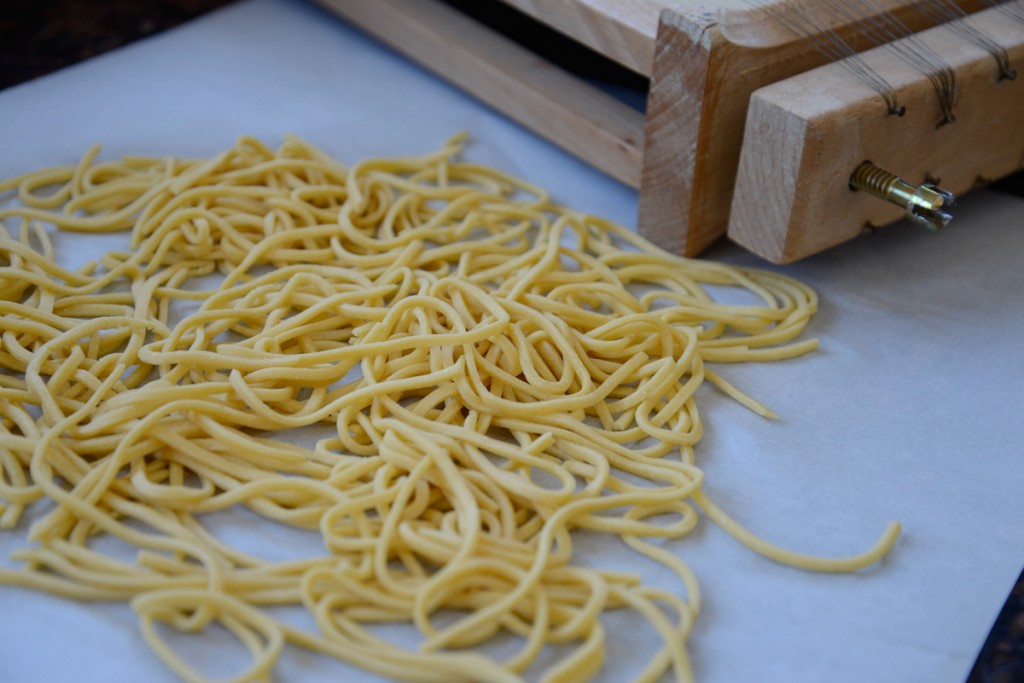 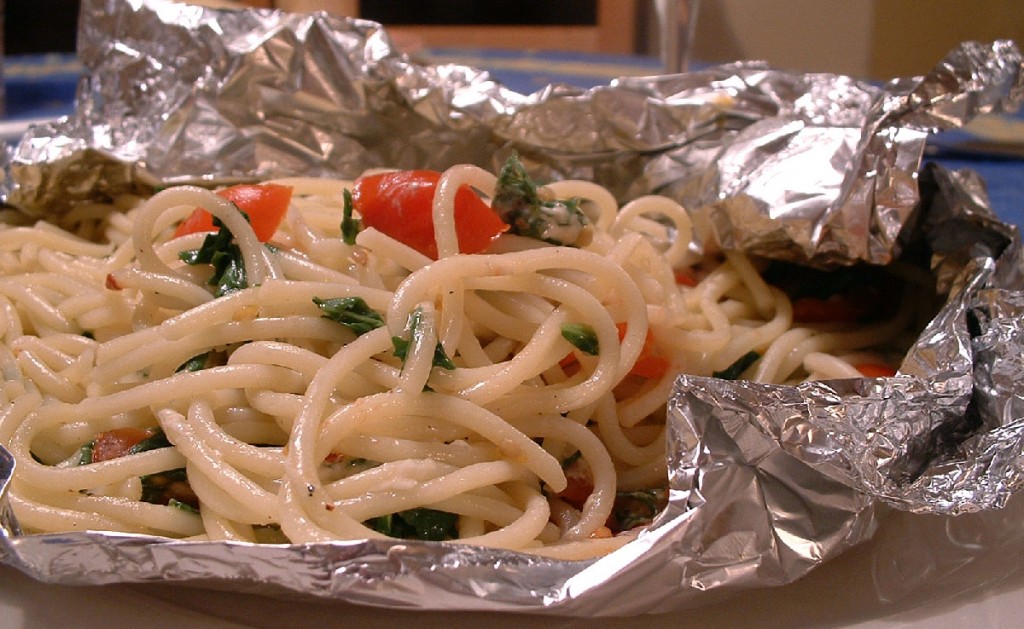 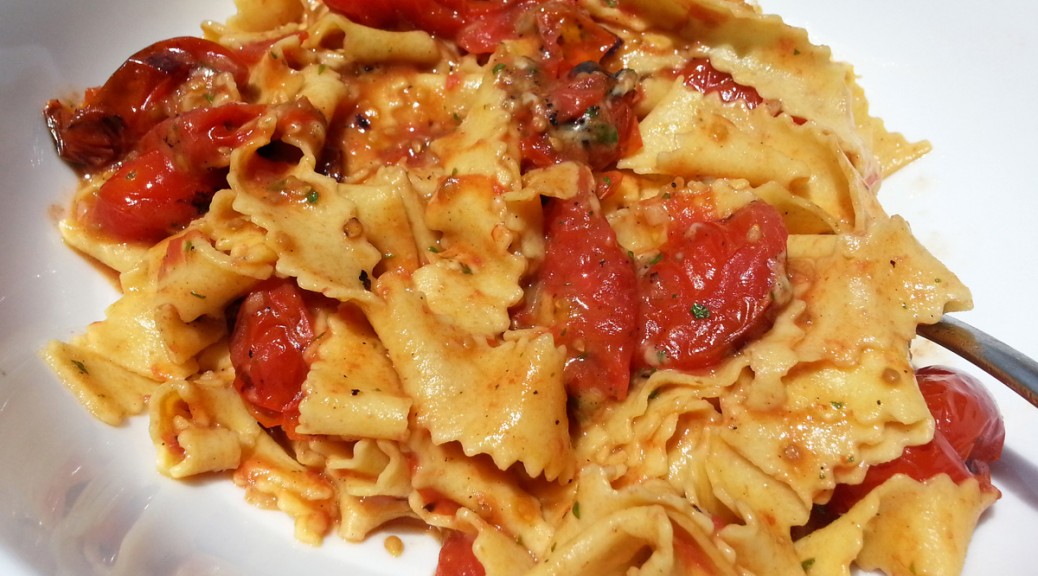 Winter lingers too long for my taste here in the northeast. Granted, it was even worse when we lived in Montreal, starting in December and dragging through April… But sometime around late January, I start craving the flavors of summer, the simplicity of summer cooking, the bright colors of the summer table. So I cheat a little and cook something that feels summery even though I’m using anything but seasonal ingredients. Here is an easy and superbly flavored pasta that owes its summery flavor to cherry tomatoes that are cooked to bursting in a searing hot pan, creating a soulful, deeply flavorful sauce in no time at all.

You can make this dish with half a pound of store-bought pasta instead (something thick and sturdy like penne rigate or mezzi rigatoni is ideal). But if you have the time to make the pasta from scratch, the result will be even more memorable. And if you need a little practice before making fresh pasta, join us at one of our hands-on cooking classes in NYC. Reginette are frilly pappardelle, named after the collars worn by queens (regine). Pappardelle or tagliatelle are a good substitute if you do not have a reginette attachment for your pasta machine.

To cook and serve: 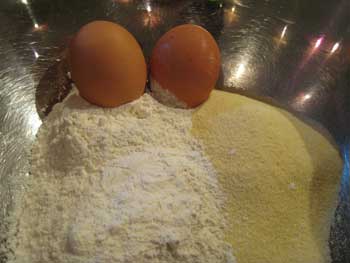 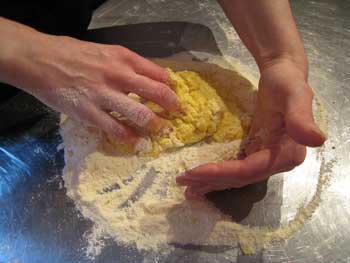 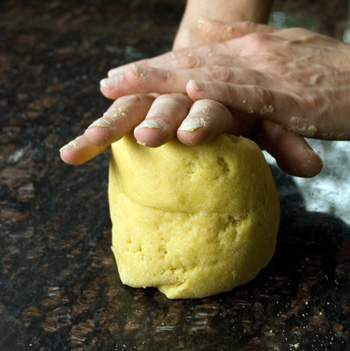 Make the reginette: Place the flours on a counter and add the salt; combine with a fork. Make a well in the center and add the eggs to the well. Incorporate the eggs into the flour, forming a firm dough. Knead 5 minutes, or until smooth, adding a little water if the dough is dry or a little semolina flour if it is sticky, shape into a ball, wrap and let rest 30 minutes. This relaxes the gluten and makes rolling easier later. 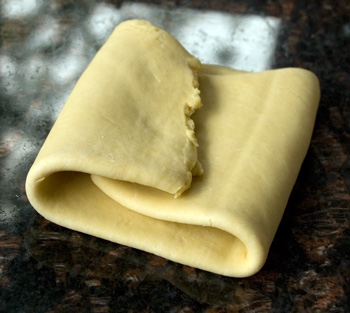 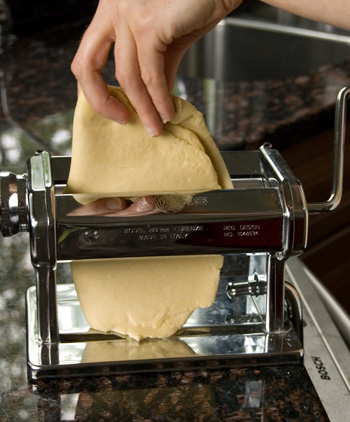 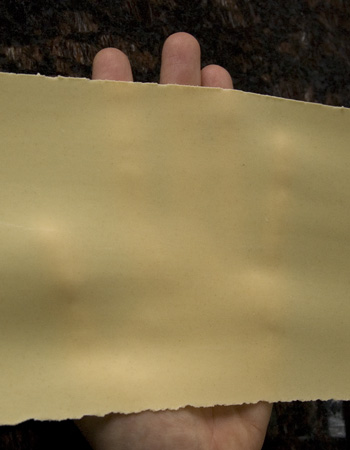 Cut the dough into 2 pieces. Working with 1 piece at a time and keeping the other covered, roll out each piece into a nearly transparent sheet using a pasta machine. Cut with a reginette attachment or cut into 1/2-inch-wide strips with a sharp knife. Toss with semolina flour to prevent sticking.

Spread out in a single layer on a semolina-dusted tray and toss every few minutes to prevent sticking. (The pasta can also be dried at this point and stored in airtight containers for weeks, but it tastes much better when fresh and supple.)

Make the sauce: Heat a heavy pan large enough to accommodate the pasta later over medium-high heat for 2 minutes (if using nonstick, do not allow the pan to get so hot that it smokes). Toss in the cherry tomatoes and cook 5 minutes, shaking the pan once in a while. When the tomatoes start to blacken in spots and burst, add the the olive oil, salt, chili, garlic, rosemary, and thyme. Sauté 5 minutes, or until the tomatoes fully burst and start to form a chunky sauce. If the sauce dries out too much, add a splash of water to the pan; there should always be about 1/2 cup of liquid in the pan. Remove from the heat. (The sauce can be made up to 2 days in advance and refrigerated; warm gently before proceeding and adjust the seasoning.)

To serve: Bring 3 quarts of water to a boil. Add the salt and the reginette. Cook until al dente, about 1 minute for fresh pasta (much longer for dried); drain, reserving 1 cup of the pasta cooking water.

Toss the reginette into the sauce in the skillet and sauté over high heat for 1 minute, diluting with some of the reserved pasta cooking water as needed; the sauce should be fluid and coat the pasta nicely. Stir in the olive oil and adjust the seasoning if needed. Serve hot, passing Pecorino if desired at the table. 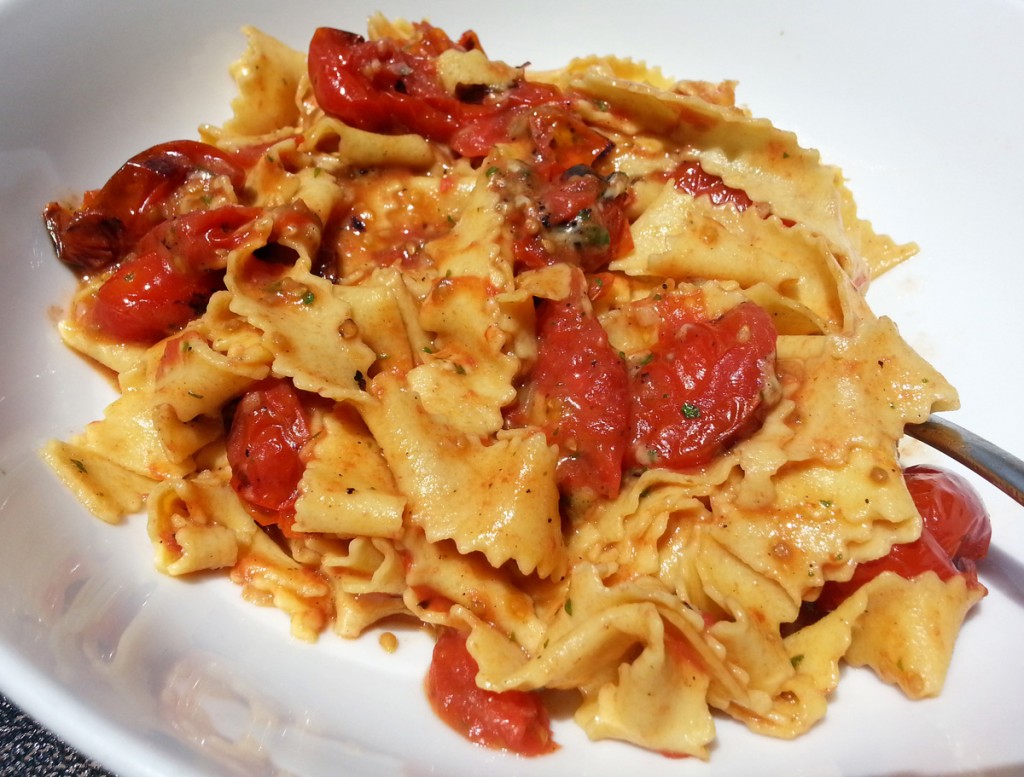